Preventing blisters on the feet with duct tape is a bad idea!

What is Duct tape?

Duct tape is a cloth tape with a poly- ethylene resin coating on one side and a rubber based adhesive on the other side making it extremely sticky.

It was originally invented in the 1920’s by a group of researchers led by Richard Drew of Minnesota Mining and Manufacturing Co (3M) and then further developed by Permacel (now Johnson &Johnson) during the Second World War. Its primary use was to keep moisture out of the ammunition cases, it was referred to as `Duck tape` due to its waterproof qualities which the soldiers likened it to “Water off a Ducks back”. However, in later years as it was frequently used in America for joining heating and air conditioning ducts together and became more commonly known as Duct tape.

What it is used for?

I think it is likely that most households have a roll of duct tape in the house or garage and its uses seem to be endless, there are many online clips of interesting applications of duct tape and along with WD40, and you can pretty much fix most things!

Personally, I have used duct tape to fix household items on temporary or permanently basis. Securing my car wing mirror three times after knocking it off, is still very clear in my mind. I removed the drive post in the end as it was much cheaper than replacing my wing mirror. Duct tape helped me drive legally until the part was replaced again and again!

Why Duct Tape is bad for your skin?

I recognise the slippy side of the tape is great at reducing friction but these are the reasons why I wouldn’t use it on the skin.

What tape I recommend for blisters.

Taping the feet prior to an activity to prevent feet blisters is commonplace and works for a lot of people but if you are going to tape then use the ones that have a medical grade adhesive.

Hypafix® and KT pro® tapes are Blisterhelp’s preferred choice for this purpose but I know that there is a love for the less stretchy, rigid tapes and therefore would recommend Leukotape ®P tape under these circumstances.

Leukotape ®P is a zinc oxide plaster it is a rigid tape but could be a problem for those who struggle with base metal allergies. A solution to this problem is to apply hypafix® tape to the skin prior to using leukotape ®and this will help to overcome this issue.

With all these choices of tape for the prevention of foot blisters, there is no need for the application of industrial tapes to the skin. Keep the duct tape in the toolbox for all the household repairs that it is so brilliant at doing and be kinder to your skin.

Are Your Shoes Giving You Blisters?

An Engo® Blister Prevention Patch can help with that!

Do you get blisters on the bottom of your feet?

PORON® urethane is an open-cell foam used in the development of gaskets, protective gear, footwear, and even within parts of...

How to Prevent Foot Blisters with Alpaca Wool

Alpaca wool is the softest animal wool we have come across to use as a blister prevention product. Alpacas belong...

Blisterhelp designed this blister treatment kit for the correct treatment of foot blisters, enabling participants to complete any event or...

PelliTec are round pads made from 6 different layers and combine together, to wick away moisture from the skin, also...

Armaskin socks are a liner sock and would wear under neath your normal socks. We at Blisterhelp, only wear moisture...

Do you suffer with blisters on your feet or ankles? They are a real problem for most people and yet,...

Why should I buy a Blisterkit?

Some lucky folk have never had a blister in their whole life! Whereas other people can’t seem to step outside...

Sore, bleeding and cracked heels won’t be able to stand up to a Sunday stroll let alone a 10km run....

Blisters from burns that you get when cooking occur for different reasons than blisters on your foot when out walking....

Quiet paths, frosty landscapes and dramatic views that is why we love a winter walk- those and earning a hot...

A company specialising in blisters kits may not feel the obvious choice. Keep reading to find out why we did.

Love leaving the working week behind you to spend the weekend in your idea of heaven? 48 hours dedicated to...

Should I pull off my toenail?

Have you ever had a toenail fall off after an event or a long day out hiking? You may not...

Every year when the weather is glorious, everyone gets to grips with household tasks like gardening and repairing jobs. After...

Why you need an Emergency Blister Kit?

This is a blister treatment kit, designed to treat any stage of a blister when participating in an activity, whether...

If you need some expert blister advice from an HCPC Registered Podiatrist - you can book a Blisterhelp Consultation. You can see us in person at the Foot Hub Whitby, or virtually over a video consultation.

Podiatrists with over 50 years of combined professional experience in the NHS, GP surgeries, and Private Practice; We have a special interest in Blisters on the feet. As HCPC Registered Podiatrists we provide professional advice on preventing and treating foot blisters. 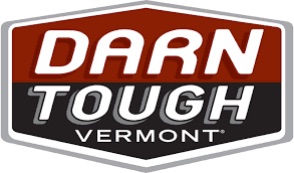 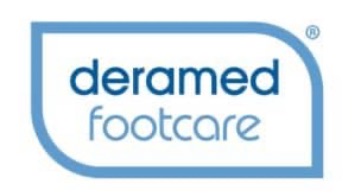